The species is a Southwestern Balkan endemic, with a typical location within the NPG (along the shores of the Ohrid Lake). It is closely related to all types of aquatic biotopes during the mating season. After that, it leaves the aquatic environment but never goes too far (Arnold, 2002). Within the NPG, the life cycle of the Macedonian crested newt is quite different. Specifically, it does not leave aquatic biotopes that do not dry out during the summer (puddles and marches). The explanation for this behaviour is related to the structure of the basement rocks (limestone), which results with lack of suitable wetlands. The native range of the species is confined to the territory of the NPG, with a disjunctive distribution of subpopulations, concentrated in temperate puddles and ponds, from lake shores up to 1,600 m. 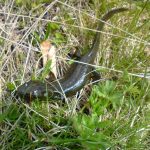 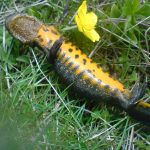 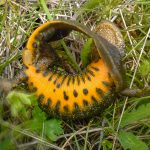 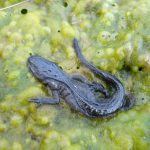 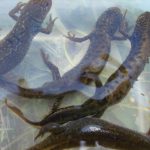 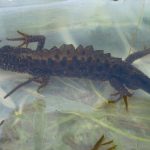