The predatory bush cricket is a species of the order Orthoptera distributed in the European part of the Mediterranean up to the eastern parts of Asia to China. It is characterized by a large body up to 13 cm long and is one of the largest European insects. It is characterized as a predatory species; its front and middle legs are strong with sharp spines. With the large spine on its back, it specifically hunts smaller insects, and due to the “enchanting" manner it approaches its prey it is also called a “spiked magician". It is active in the evening and at night, and at the end of the season even during the day. It is mostly reproduced asexually by a process called parthenogenesis when the individual is a clone of the parental organism and in almost all cases the population is female.

In the Galichica National Park, it is spread in the high mountain pastures, in the bushes around the site of Dva Javora.

On the IUCN Red List of Threatened Species, the Saga pedo species has the status of vulnerable species (VU-Vulnerable), protected by the Berne Convention (II), and in accordance with the Habitats Directive, strict legal protection is provided for this species. 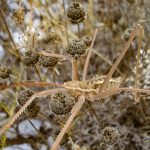 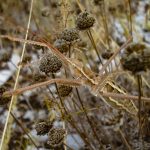 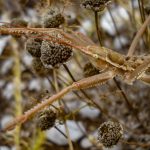 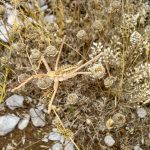