It is an endemic species, confined to the Balkan Peninsula. It is almost always associated with cold running waters and is most commonly found in mountainous areas up to 2,000 m above sea level. It is usually found in, or near rocky-bottomed permanent mountain streams. It is active both day and night. The mating season starts in April and ends in early June. The Greek stream frog prefers hills and mountains up to 2,000 m high. Within these areas, it is found only in cold running waters. In the NPG, the species is quite rare, confined to a few mountain streams. In our field researches, we did not register the presence of this species as we did not investigate the mountain streams on the west side of Galicica Mountain, which are potential sites for this species. 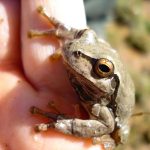 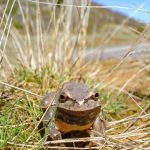 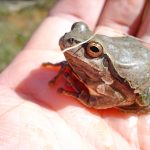