Mantises are an order (Mantodea) of insects that contains over 2,200 species in about 400 genera in 9 families. The species Manthis religiosa belonging to the Mantidae family could be found in the Galichica National Park.

The body length of mantis is usually between 40 and 80 mm. Females are larger than males. Mantises have forelegs that are greatly enlarged and adapted for catching and gripping prey; their upright posture, while remaining stationary with forearms folded, has led to the common name praying mantis. In addition, their body colour and shape enable them to camouflage skilfully, which is another feature that has enabled them to be successful predators. To hide from birds and lizards, mantises are perfectly camouflaged in the form of petals and twigs.

Mantises have an interesting mating process in which the female eats the smaller male (sexual cannibalism). In fact, the female must eat the male’s head so that he can take the correct steps in the mating. 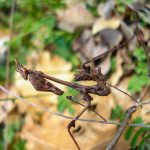 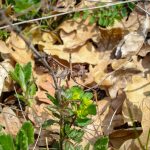 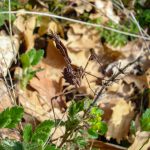 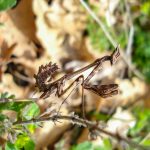