In Europe, this species is widespread in the central and south-eastern part of the continent. Its typical habitats are cultivated steppes, though it does not avoid forest complexes. This species shows significant environmental plasticity. The European green toad is mainly active at night, although it is sometimes active during the day, especially in spring. The mating season starts in March and ends in May. It prefers shallow, temperate waters for spawning. This species hibernates outside the aquatic environment (on the ground). It is mainly a lowland species, with an average vertical distribution of up to 1,000 m. Within the NPG, the European green toad is recorded in various habitat types, from lakesides up to 2,000 m. 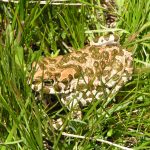 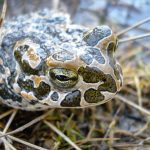 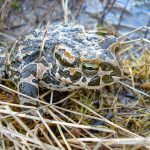